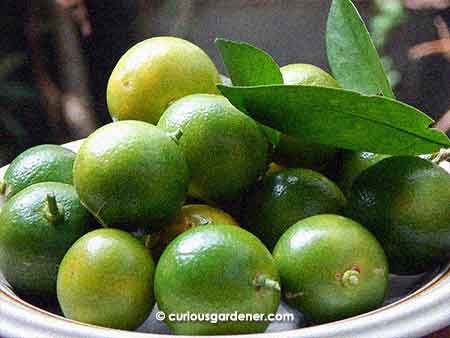 One of the must-have plants in our garden is the lime, or limau kasturi. We squeeze the fruits for the juice to be used in drinks or to season our food. These fruits are the smaller variety of lime, at 2-3cm in diameter. 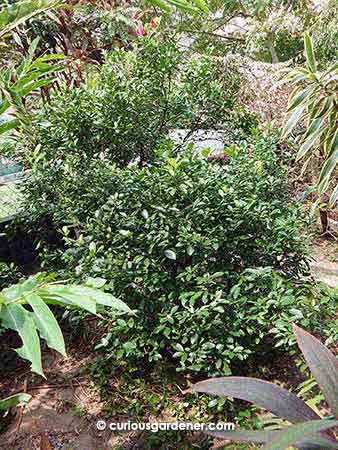 When we first bought this plant from the nursery, it was about half a metre high in its pot. We planted it in the garden, and my dad fretted over it because it took a long time to show signs of getting bigger. As I’ve said, it’s a must-have plant, and my dad had to have some lime juice squeezed over his daily dose of sambal belachan. So, he anxiously watered it every day and willed it to grow. Part of his anxiety stemmed from our past experience of ants nesting in the roots of the previous plants, thereby killing them. 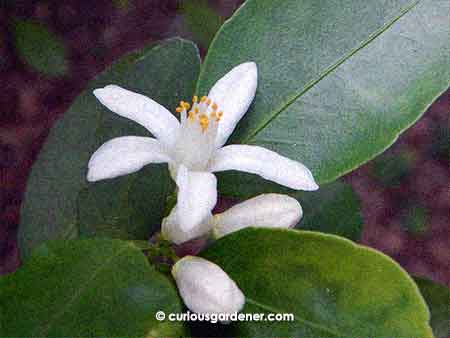 Lime flowers are a pristine white.

After several months, we were back at the nursery and mentioned the lack of growth to the owner, and he told us to stop watering the plant. This would force it to grow deeper roots to search for water he said, instead of being complacent because water was readily available at the surface. It was difficult to convince my dad of this logic, but when we heeded the advice, the plant began to grow! 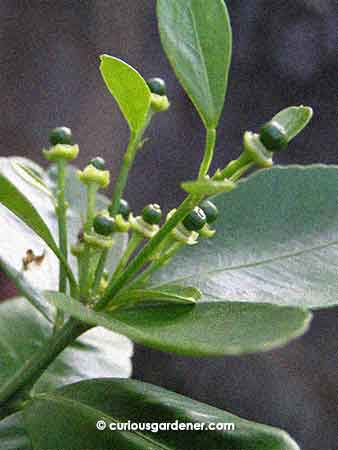 A healthy bunch of limes forming.

It wasn’t instantaneous growth, mind you – just something that happened slowly over time – and the plant didn’t die from lack of water, either. It is now over seven years since we planted it here, and I reckon is over 2 metres high! It apparently enjoys the spot where it’s planted, because it has grown into a very productive lime tree. 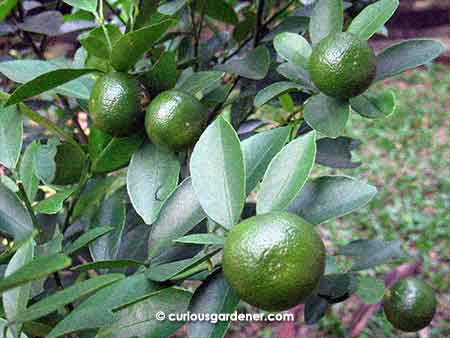 Just some of the limes growing on the tree now.

Our limau kasturi plant is fairly fuss-free. We don’t water it. I rarely have to feed it any fertilisers, although I do “chop and drop” around the base of the plant once in a while. It occasionally has aphid and mealybug infestations, which I treat as soon as I notice them. In fact, my biggest concern is harvesting the many fruits before they get overripe and fall off. To help with this, I’ve begun to prune it down, but even that is difficult to do because almost every branch has a fruit at some stage of development, and I hate wasting them.