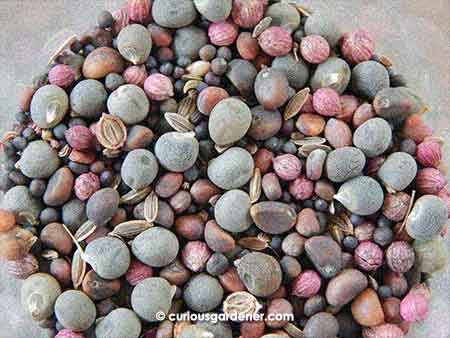 Veggie seeds make my heart go pitter-patter. Unfortunately, these are rather old ones, so after sorting them from the newer ones, I threw them out in the garden. If they grow, great; if they don’t, they’ll decompose and feed the garden – so that’s still good.

I usually draw inspiration from other gardeners through their blogs, vlogs, websites and books. (You can see the Youtubers I like here and sites/blogs at the bottom of the menu on the right.) And while we don’t have defined seasons in this part of the world, there is a difference in the weather that usually screams “Christmas is coming” to me, and then, “ah, it’s the start of a new year”. It’s just something in the way the winds blow.

Well, gardeners in other parts of the world are either in the midst of winter up north, or summer, in the southern hemisphere. Either way, they are working on their gardens to prepare for the next growing season. It inspires me to see what they’re doing, whether sowing new seeds or clearing the ground, because as a gardener myself, it’s part of what we do (even when you procrastinate as I do).

The latter part of last year was a really busy period for me, leaving little time for our plants. However, we had a lovely long break for the festive period, and I’ve spent a bit of time getting back in touch with the garden. I’ve said it before, and I’ll say it again – working in the garden really helps me to deal with the stresses of daily life, so I’m feeling more grounded now.

The most important thing to do was to clear the unwanted volunteer plants (also known as WEEDS) that had taken over the garden. I dutifully pulled out as many as possible by the roots because I don’t want them to grow back fast. 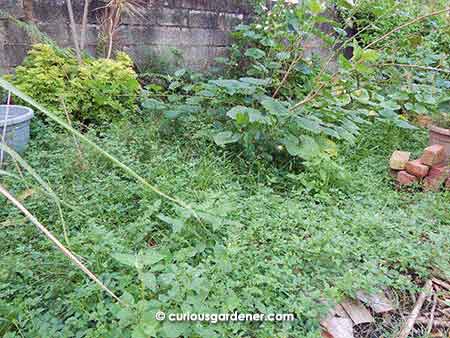 Yes, parts of the garden were severely overgrown… 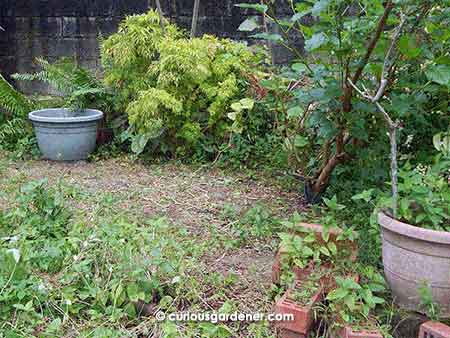 … but this is the result of simply pulling out the weeds by the roots, which makes me feel like I’ve accomplished something good.

My biggest headache, however, has been grass. You may not realise this, but there are many varieties of grass – and several of them reside, intermingled, in our garden. I may do a separate post on that later. However, let it suffice for me to grumble about the stubborn ones that consistently thwart the mower. They simply bend down and avoid the blades like they’re Keanu in the Matrix, then pop back up again when the mower goes past. I’m so mad at them that I bought a grass strimmer (a.k.a. a weed whacker – so much for reducing our footprint) to get at them, but I expect I’ll eventually end up on a campaign to remove them altogether. 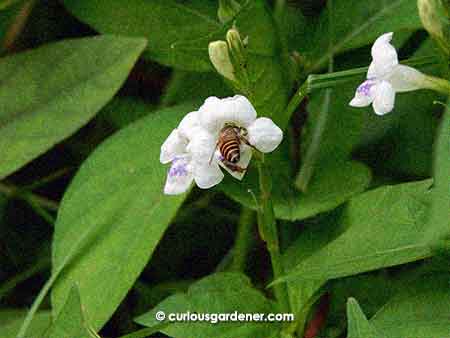 It irks me that the bees and other insects actually like the flowers of what I consider a weed (considered such because it grew and spread without my permission).

On the bright side, all this weeding and chopping has provided lots of material for composting and mulching. The monsoons are changing and the dry period is starting, so I have earmarked the chopped grass and stems to use to mulch the plants. That is currently drying out on a cement surface so I can use it like hay – and also so that any grass or weed seeds may hopefully be killed out before I spread it around. It’s probably wishful thinking, but I’ve always been an optimist.

If you’re wondering why I decided to do this mulching, let me refer you to the little tale of the red spinach volunteer plant from a year ago.

At the same time, I’m considering what to plant next. Reading about and watching what other gardeners are up to now has encouraged me to start planning for the next round of planting. I am quite inspired by the idea of growing a food forest, or something along permaculture lines – especially something that reduces the need for a lawn and is self-sustaining…

However, I have to bear the dry weather in mind, and need to consider which plants will thrive in the coming months, and how to keep them properly watered.