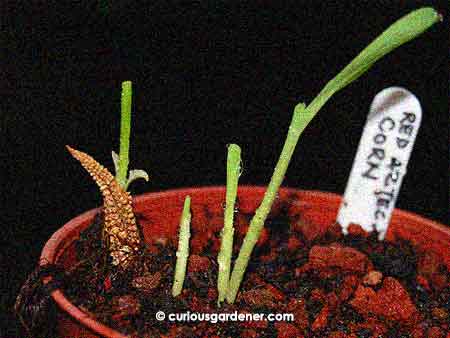 The seeds that I saved from the only Red Aztec cob that bore anything have been germinating over the last couple of days. I decided to bury – shallowly – the cob in moist soil to try to replicate the damp condition I found the seeds first germinating in while still enclosed in the husk. Since two seeds had already started germinating when I discovered them, I wasn’t surprised to see the first sprouts emerge and start growing leaves. My surprise came when I looked at the part of the cob that’s sticking out of the soil. Flip the photo above around, and this is what you’ll see: 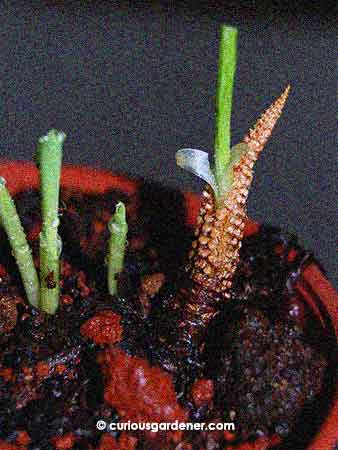 Where on earth is this sprout growing from? Is there a seed inside the cob? :o

A sprout growing directly from the cob! I didn’t realize there was anything within the cob that could grow just like that. Now I have the urge to pull out the “kosong” corn cobs from my compost heap to see if they’ll give me any surprises, too…