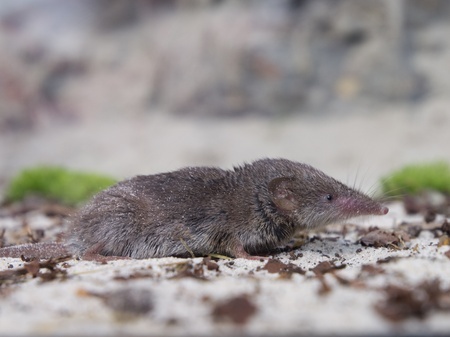 Earlier this week, residents of a local housing estate discovered that what they had thought was a rodent problem was just an increase of the shrew population instead. Shrews may look like rats – I have difficulty identifying them unless they’re stationary because they have a similar body shape and colour. However, shrews have rather fat, hairy tails, tiny eyes and more pointed snouts. Locally, they’re also called “tikus busuk” in Malay, meaning “stinky rodent”, which is in deference to their musky smell.

We know that there are shrews in our garden because our dogs occasionally catch and kill them. At night, we hear occasional high-pitched squeaks. I used to think they came from rats, but it’s more likely the shrews, because like bats, they use echolocation to move around.

It’s interesting that the news article said that shrews are classified as insectivores when they are apparently omnivores. Besides insects like beetles and crickets, they also eat earthworms, millipedes, snails (yay!) and small snakes and birds, roots, seeds and other vegetation. Among other things. I can accept having them as part of the ecosystem here.

I was glad to hear that some residents of the estate in the news, upon learning that the creatures were not rats, and how they are helpful in eating insects like cockroaches, requested that they be left alone. It’s such a common reaction to want to immediately exterminate things that are alien to us. I used to be like that until I realised that everything has its place in nature, and if we create the conditions that they thrive in, then we need to learn to manage the situation – live with it, or change the conditions. Anyway nature has a way of balancing itself out.