It’s one of those times when the weather isn’t kind to growing veggies. The temperatures are getting higher, causing delicate plants to falter and in many cases, die off.

Rather than try harder to keep them alive, I’ve been focusing on what seems to thrive now. That seems to include: 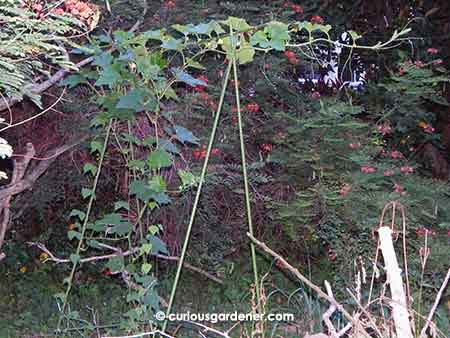 The “mighty marrow” plant making its encore appearance in our garden

I started the marrow plants in individual pots and forgot about them until they got too root bound and a couple died.

When I planted the last survivor out, it seemed to be mature enough to keep growing vigorously despite the heat. I placed the trellis along the edge of the peacock trees, so that area has the benefit of shaded ground that doesn’t get hit by the sun so much. I expect the plant has established a good root system because I don’t water it daily, yet it is growing well and branching out a lot! 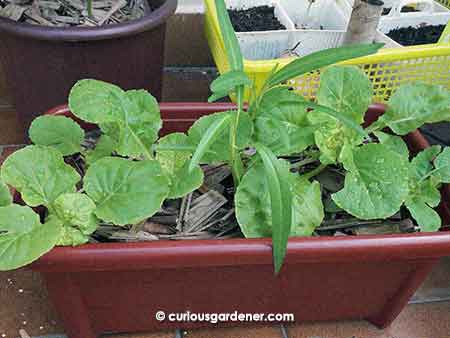 A mixture of Chinese cabbage and kangkong

Chinese cabbage does pretty well once the plants establish themselves. We treat them as cut and grow again, and they’re doing nicely growing in small plant troughs with a light layer of chopped palm leaf mulch. 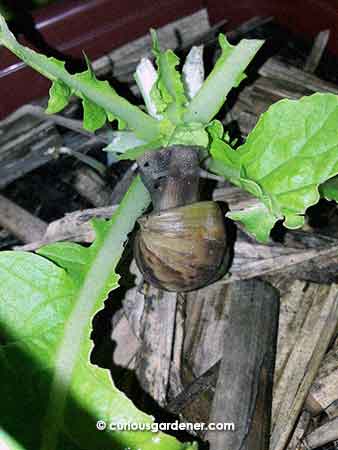 Of course, the exception to healthy plants is when the snails find them, and I’ve been doing nightly sweeps to remove any snails from the veggie pots. Unfortunately, they really decimated one of the containers of Chinese cabbage. It’s a good thing I have three containers that I don’t keep in the same place – that would make it too easy for the pests that target them! 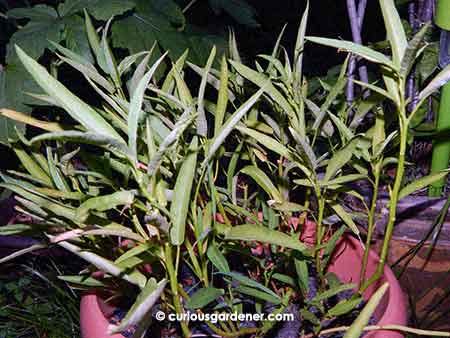 The kangkong plants are also grown in containers. They look a bit stressed by the heat, though, as the leaves are rather skinny and attract white flies. I’ve been removing the white fly colonies that are trying to get established and so far am not losing that battle. 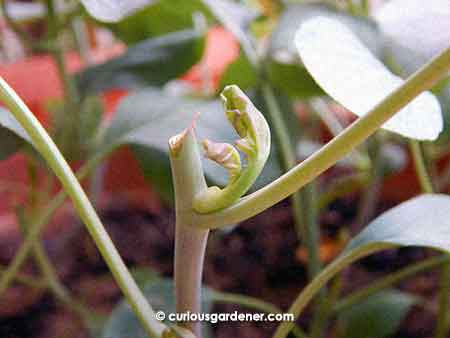 The Chinese kale plants are doing relatively well but are also affected by the heat because the leaves are a bit tough and fibrous despite being watered well. They are also cut and grow again veggies. 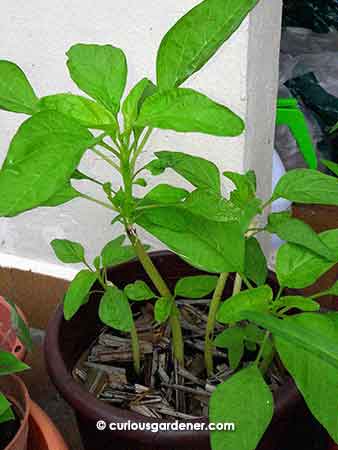 Even the spinach I grew from store-bought veggies looks to be doing well, although there were fatalities along the way. That’s fine – I prefer to have strong plants than struggle to keep a whole bunch of them alive.

My regular favourites don’t seem to be too happy, though. 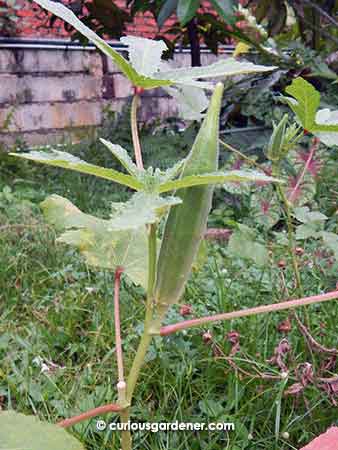 The okra plants are struggling gamely in the heat. The plants planted out in the garden have been bearing small fruits while the plants grown in pots (still maturing) are looking pretty happy and healthy. This could be one of those times when container growing trumps growing in the ground. 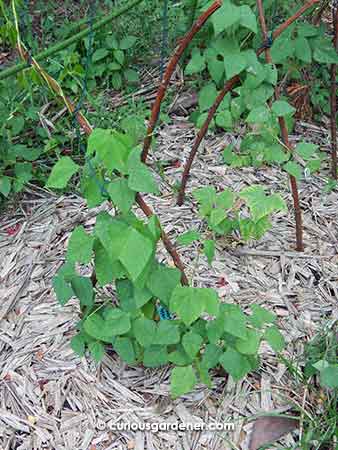 The winged bean plants aren’t doing so well despite sharing the same shaded trellis as the marrow plant. I planted them out a few weeks ago with a thick layer of mulch, and they’ve been dithering around, not showing much growth. I hope this just means that they’re putting their effort into growing deeper roots. At least they haven’t gone to plant heaven yet!

Angled luffa plants that I started in February aren’t looking that well, either. This may not be the best season to grow them, I think. Even the matured plant growing in a large container looks lousy despite CPR attempts.

All this indicates to me that this is the season for leafy veggies, although I stubbornly still want to have fruiting veggies available. Since we seem to be getting hotter and drier weather now, I may put some thought into growing drought-resistant veggies. It is, after all, easier to work with nature than fight against it.