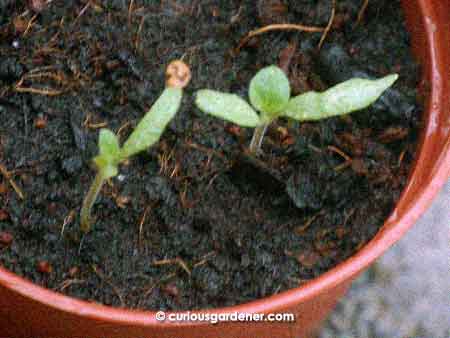 The pair of aubergine sprouts.

I decided to carry out a bit of an experiment with a pair of aubergine plants that germinated some months ago. Well, this was after they germinated together in the same pot and grew a few true leaves each.

I have to admit that I tend to put off transplanting my seedlings until it’s pretty late, and they usually get potbound.

In this case, though, before it got that advanced, I decided to transplant them into pots of different sizes to see how they would react. 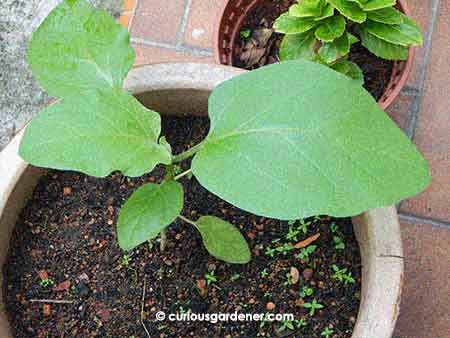 The plant in the little pot grew successively bigger leaves after the transplant.

One was put in a fairly standard pot while the other went into the biggest pot that I have. Both plants immediately began to grow quite happily, with the subsequent leaves looking much bigger and healthier than I’ve ever seen. Maybe my potting mix for these plants was better than for the initial plants I’ve grown, because I had more compost and good soil available this time. 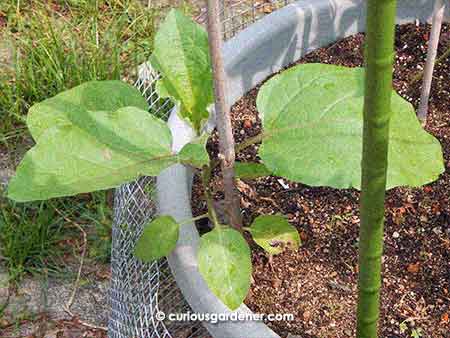 The plant in the bigger pot also began to grow out bigger leaves – and it began to branch out as well.

Fast forward two months, and this is what we have: 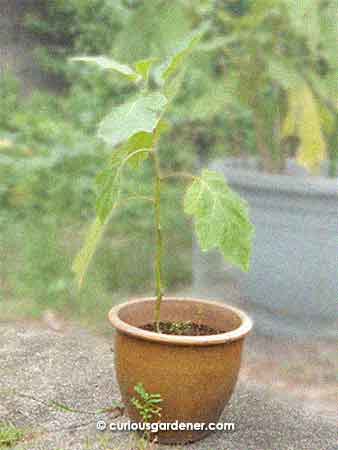 The plant in the little pot now. 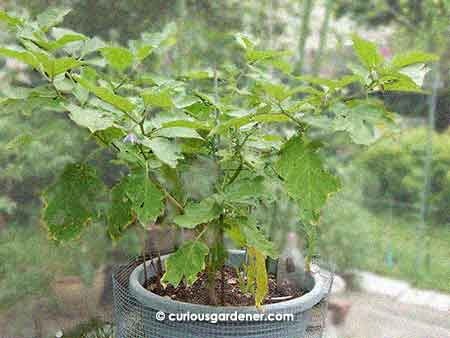 And the plant in the big pot now.

Yes, the size of the pot definitely affects plant growth! The one in the big pot is much bigger and healthier, and has branched out a lot! It also reached maturity many weeks ago and has yielded a few fruits, while the one in the small pot is only just beginning to bud. I’m very satisfied with my experiment and will be transplanting the smaller plant to the ground to see if it, too, will have a growth surge.

In this case, size does count!