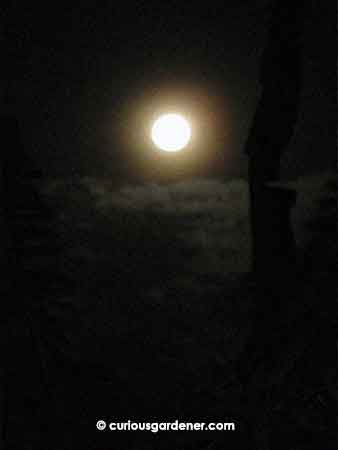 I’ve been talking about growing new aubergine plants for a few months now, and I was beginning to think that our seeds were no longer viable. That being the case, my seed sowing efforts increased from once a month or so to every weekend. Persistence had to show something eventually, right?

Besides that, I’ve also read about lunar planting, where different phases of the moon are supposedly suitable for different kinds of plants…

The new moon is said to be the best time to sow seeds of leafy veggies. The second quarter of the moon is best for fruiting veggies. The week after the full moon is best for root veggies, while the last quarter is apparently not good for planting, but for harvesting, transplanting and pruning instead.

Well, you know I’m normally a doubter until I see results, and the fact that I’ve spent the last four weekends sowing the same seeds weekend after weekend meant that the seeds HAD to have been sowed at the right phase of the moon at some point. If it really works. 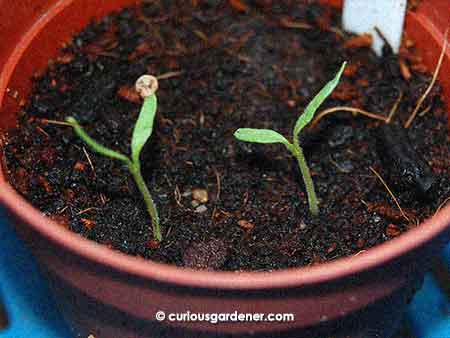 Well…. maybe it does. After a few months of half-hearted attempts at sowing brinjal seeds that didn’t do anything, followed by the last few weeks of weekly seed-sowing, we finally have a few seeds that have germinated! So the seeds still have life in them! And perhaps – just perhaps – lunar planting does work.

Since it’s the full moon now, maybe I’ll finally open up the packet of carrot seeds and give them a go. This is, after all, supposed to be the best time to start root crops…