We have a cute short variety of cucumber growing in our garden – but like the length of the fruit, the life span is not long either. That’s why it irks me whenever we don’t harvest the cucumbers in time. If you’ve grown cukes, you’ll know how the fruits tend to get lost in the foliage unless you really look for them at least every other day. 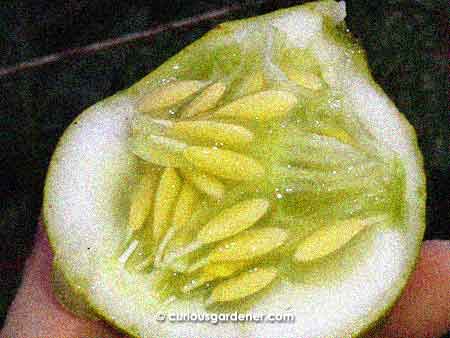 This is why we harvest cucumbers when they’re younger – look at these well developed seeds in an old cucumber!

Last December, one such fruit slipped my notice until it had started yellowing on the vine. I was rather frustrated and broke it open after plucking it, just to see how seedy it was. Well, the seeds inside were already nicely formed and rather hard, so I decided to bury them right back into the soil there and then. You know me and my experimental tendencies… 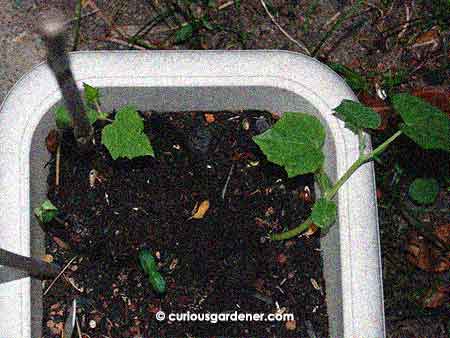 What we’ve been getting in the cucumber trough – new plants sprouting at different times. This is successive planting done Nature’s way!

I was a little disappointed not to have a little forest of seedlings in the subsequent weeks, but a few seeds did sprout… 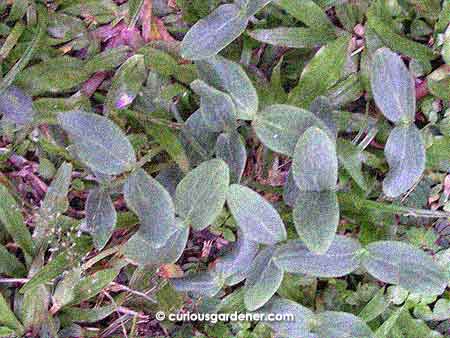 This little forest of seedlings happened with my first round of growing cucumbers 3 years ago, when I discarded an old cucumber in a corner of the garden, where it decomposed, and to my surprise, left these seedlings in its wake.

Being the rainy season then, the snails were out in force, and only a few plants grew and became fruitful. What surprised me is that, since sowing those seeds, we still get the odd couple of sprouts – even to today! So there are a few cucumber plants growing in the same trough, but at different stages of growth. 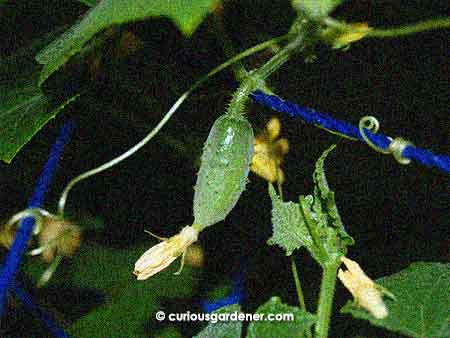 The cycle of nature in progress – new fruits growing on the vine today.

This was an unexpected but definitely not unwelcome result of my impulsive seed-sowing half a year ago, because I haven’t had to bother about sowing new seeds for the next generation for months!