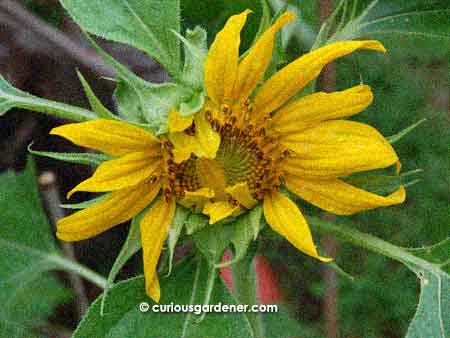 Hello sunflower! It looks so coy with the petals slowly unfurling.

A flash of bright colour caught my eye first thing this morning. Our mammoth sunflower from The Weed had started blooming!

Yes, we have another stunted sunflower episode playing in the Curious Garden today – all 80cm high of it. Well, maybe I’ll add another 10 or 15cm to that, because when I transplanted it, I dug a deeper hole and buried part of the stem so it could grow more roots to support what I had hoped would be a massive height.

Well, the forgiving thing about sunflower plants – stunted or at maximum potential – is that they have such pretty flowers. I thought it was a lovely thing that it chose to start blooming today, on Mother’s Day, so I decided to take a look around the rest of the garden to see what else was blooming or fruiting. 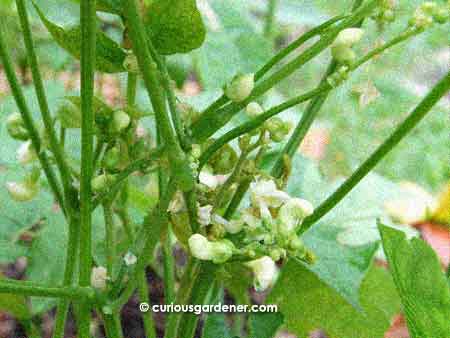 The simba beans, to my surprise, were flowering profusely – and I do mean profusely. I have never seen such clusters of flower buds on a bean plant, and rather than mull on the thought that they may be doing this before the plants conk off, I am going to hope that lots of flowers may mean lots of beans – even though the flowers have been aborting over the last couple of weeks. 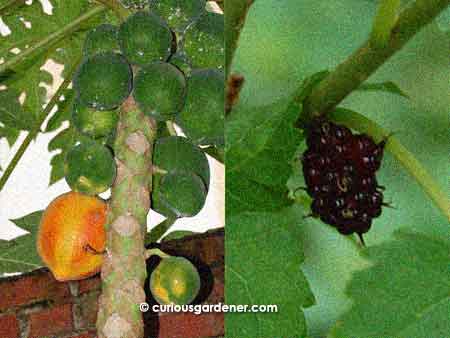 Fresh fruits! And not displayed to scale, obviously. The papaya and the next to last ripe mulberry for this season. No more chatter about the mulberries, I promise, unless they do something extraordinary. They just photograph so well that I have to share them!

A nice, almost-ripe Red Lady papaya beckoned as well. This was from the tree that I originally transplanted as a test to see how well it would survive the move. It survived.

But, it’s not producing as many fruits as our other tree, and is constantly under attack from mealy bugs.

The intermingled angled loofah and mouse gourd (formerly known as snake gourd) vines were also sporting new fruits, but I had to search carefully under the load of leaves!

And then I moved on to the flowers… 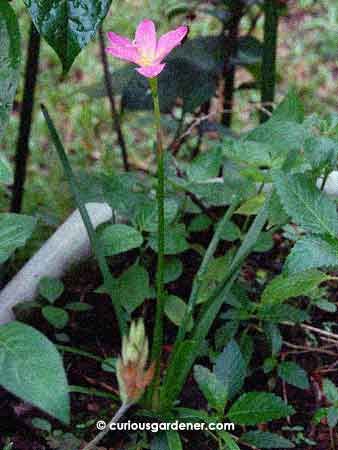 One of our wild and randomly growing pink lilies that were originally planted in my grandparents' time.

A lone pink lily was blooming proudly over its neighbours in a planter. 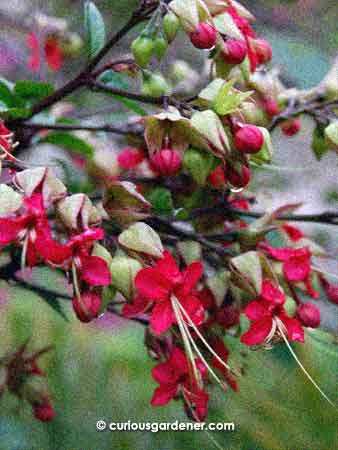 Nearby, the red bleeding heart plant was sporting several clusters of flowers. 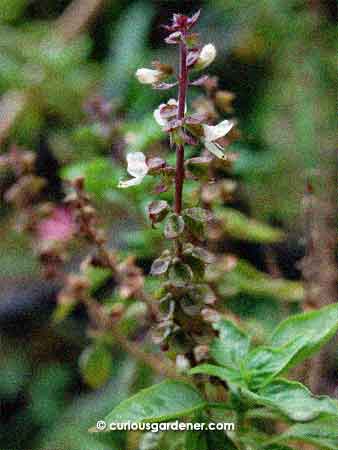 Easily missed, but pretty on close inspection, are the flowers of the Thai basil plant.

Next to it, not to be ignored, were pristine white flowers on a Thai basil plant. 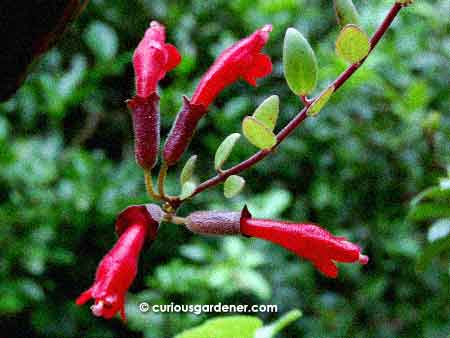 Still a new plant to us, lipstick flowers are fascinating!

And the lipstick flower plant had a record four flowers in bloom today!

With so much fruitfulness and blossoming going on here, it seemed apt to dedicate this post to all my readers who are mothers. May your lives be as beautiful and bountiful as our gardens are – Happy Mother’s Day!