In an earlier post, I mentioned the Asian Koels as some of the avian visitors to our garden. Yes, they’re noisy vocally and when they traverse through trees, but I can overlook that because they do something that makes me happy – as cousins to Cuckoos, they lay their eggs in other birds’ nests and the unsuspecting birds look after the Koels’ offspring with their own until they’re old enough to leave the nest. How they can be so dumb, I can’t fathom, but I’m thrilled that the biggest victims of this scam are crows. 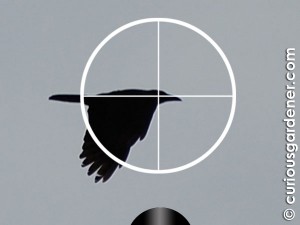 Oh, to get rid of more crows!

Crows and I have a hate-hate relationship that goes back to when they were nesting in the neighbourhood. You may not know it but they get very territorial and defensive when they’re nesting, to the extent that they dive-bomb anybody who simply walks by. And they don’t just swoop over you to threaten – they really do hit and scratch unless they see you keep your eye on them. Just imagine trying to walk down the road with a silly bird following and swooping down at you every step of the way. It’s not fun. So, I take great delight in knowing that they’re getting their comeuppance by looking after Koel babies. *evil laughter*

Male Koels look remarkably like crows. They’re black and have a similar brooding body shape. You only notice the differences when you look more closely – unlike crows, Koels have eerie red eyes and lighter-coloured beaks. In contrast, female Koels have beautiful markings – spots and stripes in dark brown alternating with beige. 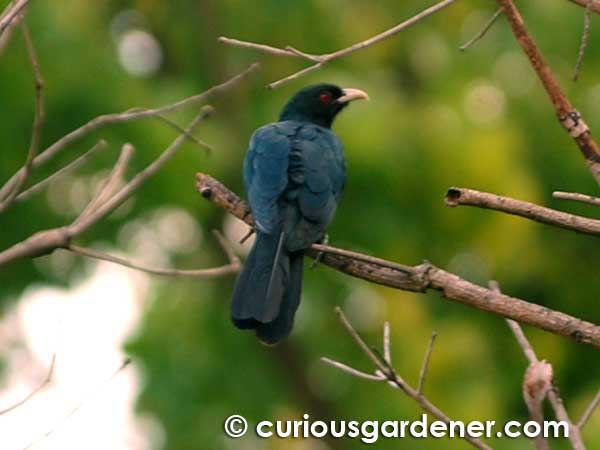 The male Asian Koel. Doesn't it look uncannily like a crow?

In our garden, Koels feed on mangoes and the berries on palm and curry leaf trees. Being somewhat large birds, they are confident to assert their territoriality; they take their time eating the fruit even though other birds like the bulbuls, orioles and mynahs are noisily awaiting their turns to eat. 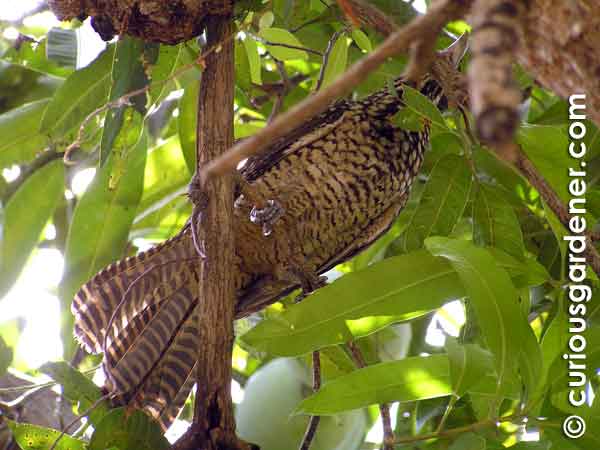 Bottom view of the female Asian Koel. When I see those feathers, I imagine tribesmen in the jungle using them in their headdresses....

Koels normally eat up in trees, but to my surprise, I saw a female on the ground earlier this week, feeding on the last bit of a mango that had fallen from the tree after being half-eaten by the birds. She was complacent enough that I managed to get a fairly decent photo of her before she flew off. 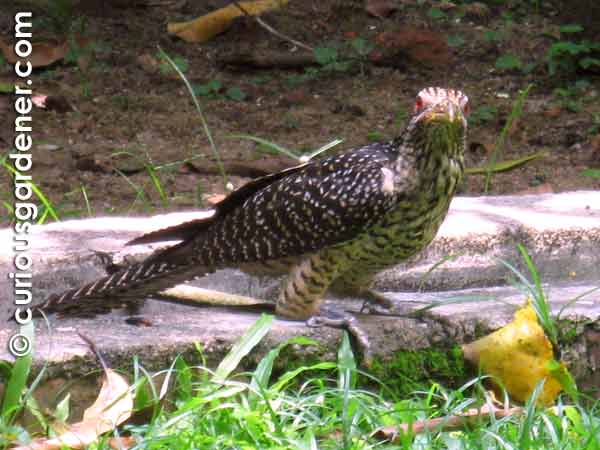 More information at Wikipedia, if you want to learn more about Asian Koels.