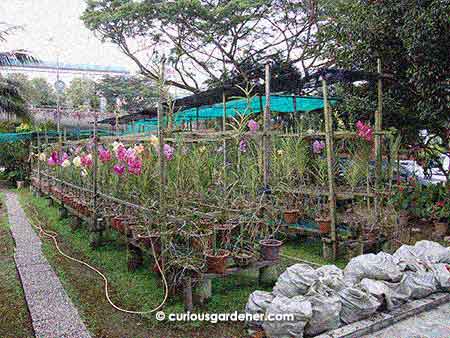 Rows and rows of orchids at the Koh Keng Hoe Orchid Nursery off Adam Road.

Earlier today, a friend brought me to an orchid nursery near Adam Road. If you’re an orchid enthusiast in Singapore, you’ll know that this is the famous Koh Keng Hoe Orchid Nursery. The nursery owner, Mr Koh, is now in his early 80s and is one of the pioneer orchid experts in Singapore. He has been growing orchids for over 60 years and has created several award-winning orchid hybrids.

Mr Koh is very friendly and easy-going, and was happy to show us around the nursery. It was a little staggering to find out that he mans the place himself. There were easily hundreds of plants there!

I don’t have the names of all of the following flowers, but I found them very attractive: 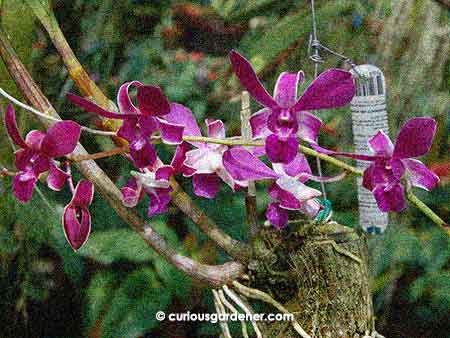 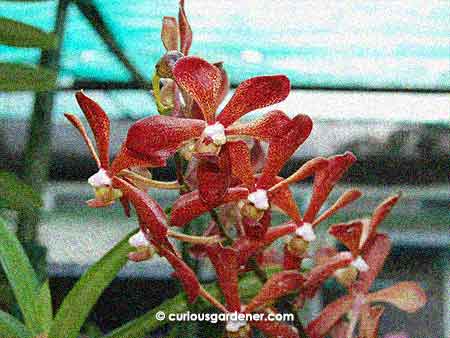 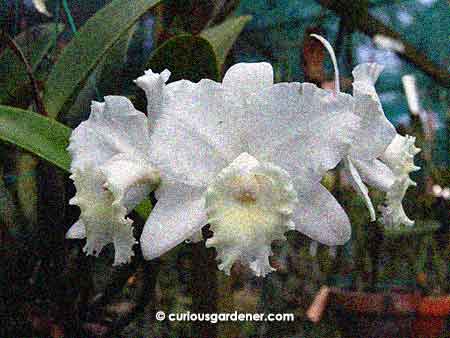 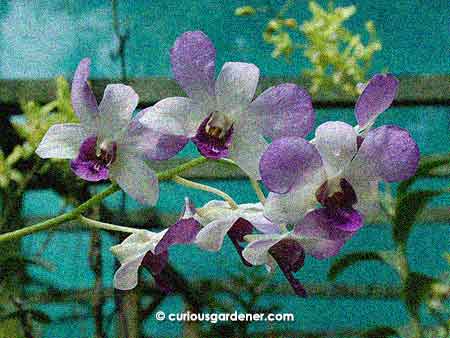 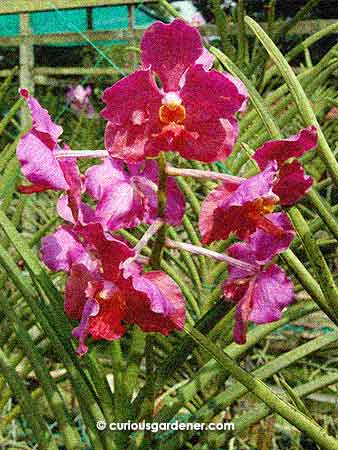 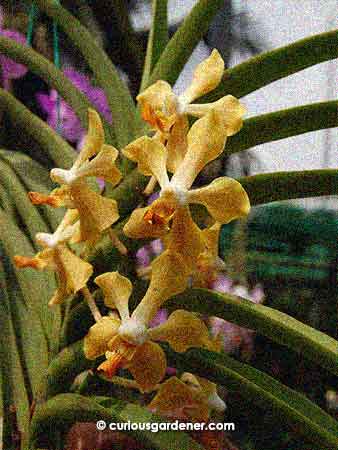 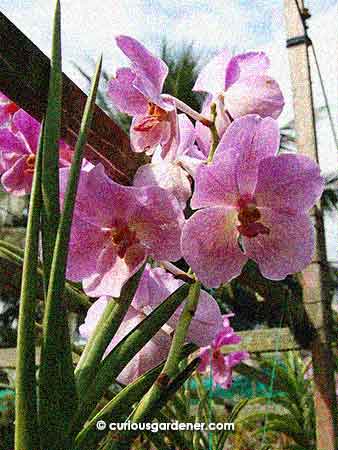 I haven’t had luck in keeping orchids alive in the past – that was my dad’s area of expertise – so I didn’t buy any orchids from the nursery. What I bought were anthuriums. The variety that Mr Koh grows are rather small and dark red, and what makes them unique is the spadix – the cone-like protrusion from the centre of the flower. The variety that Mr Koh grows has multi-colours, like this: 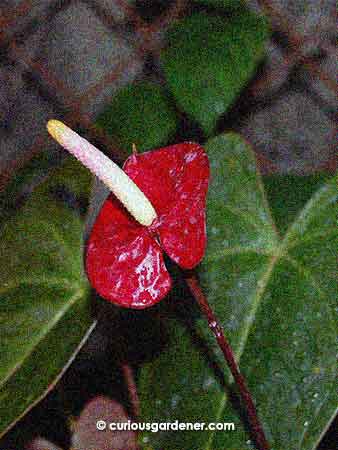 Look more closely at the spadix of this anthurium and you’ll see that its tip is yellow, followed by a blushing pink, then the usual white. How pretty!

It’s not likely that I will grow orchids myself because their care clashes with the organic approach I’m taking with my veggie garden, but if you’re interested in visiting Mr Koh’s nursery – which incidentally is his garden – this is the address:

It is open daily, and you will probably find Mr Koh at the back where he will likely invite you to have a cold drink. You may even get advice on looking after orchids, which I got, despite telling him I am a notorious orchid-killer!