The Roselle was an unexpected but most welcome addition to our garden a month ago. Still in the frameset of growing mulberries, I thought I would have to wait weeks or months for anything momentous to happen. Well, I forgot that these were rooted cuttings, and that they are more mature than the mulberry cuttings I got.

There were a few buds on the roselle cuttings when I brought them home, but they aborted, I assumed, because of transplant shock. However, new ones began to form and grow bigger… 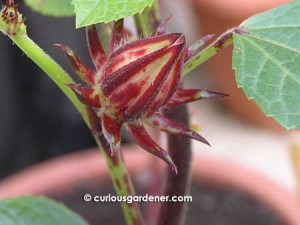 For a while, I forgot myself, and thought the fruit was already forming! 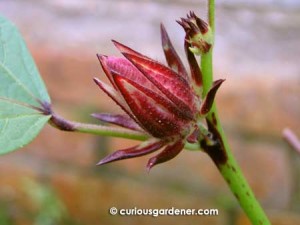 But then the bud began to split open late one evening and I could see the furled pink petals within. 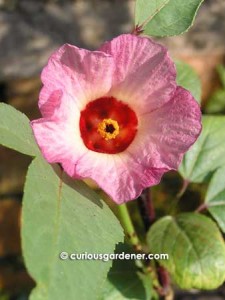 The opened flower of the roselle.

The flower was open bright and early the next morning. 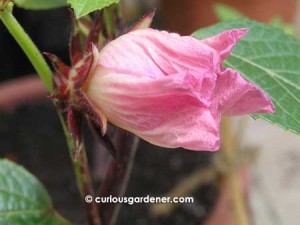 The flower closing up after just a few hours.

However, it only lasted until late morning, and the petals folded up by the afternoon and fell off by the next day. 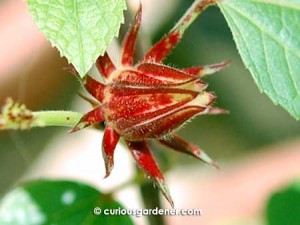 The roselle fruit beginning to grow.

Within days, the fruit began to swell and grow. 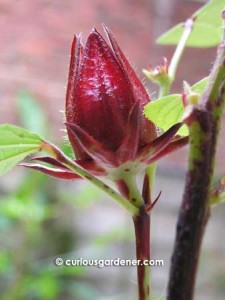 Ripening fruit of the roselle.

So now it’s a matter of waiting for the fruit to mature. Both plants are still in flower pots, but one is in full sun while the other gets full to partial sun. Yup, I have to experiment and see which works best…